Numerologists are looking forward to next Friday, November 11, 2011. At 49 minutes to noon, the clock will mark the 11/11/11 11:11, a rare number that, for fans of the occult sciences, may indicate the occurrence of unusual events.

For most people it’s just a coincidence of clock and calendar that happens once every 100 years, but numerologists and esoteric look for signs of what this might mean.

Some believe the beginning of a renewed humanism, a new harmony in the world, opening a portal to another dimension or even a revolution of consciousness.

Hundreds of fans of the occult plan to gather for ceremonies and dances. Several pages devoted to this date appeared on Facebook.

The National Organisation of Spanish Blind (ONCE) will organize a special lottery with a prize of 11 million euros. 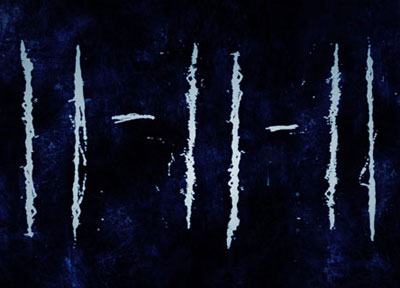 Psychics and the most renowned priests commented on the importance of synchronization of the day 11/11/11 11:11 such as the Israeli Uri Geller and the American Solara.

“Spinal Tap” fanatics, a 1984 movie based on real and imaginary events which describe a hard rock band and where the number 11 has special meaning, also stressed this importance.

“Having triple number in a date is undoubtedly of great importance,” said Solara to AFP. “I see a major shift in consciousness of the planet and this coincides with the date.”

Solara lives in Peru and keeps his plans a secret for 11/11/11. He revealed that groups in over 50 countries will take the opportunity to sit quietly and meditate.

Some numerologists ascribe psychic powers to the number 11 that will create a channel of communication with the subconscious. Others maintain that the number represents the duality of good and evil in humanity.

On the Internet, bloggers insist on the mystical character of the 11th, which they said could be linked to disasters such as the attacks of September 11, 2001 in the United States.

The prophecy of St. Malachy, who in the eleventh century predicted that there would be 112 popes before the biblical apocalypse, was also mentioned. The current pope, Benedict XVI, is number 111.

“There’s an interesting synchronicity in the fact that many events are associated with the number 11,” said Ellie Crystal, a blogger who presents himself as operator of the metaphysical world.

According to John Hoopes, a professor of critical thinking at the University of Kansas, all these pseudoscientific theories are perfect examples of “confirmation bias hypothesis.” It is the tendency to focus on information that confirms the preconceived ideas, without taking into account those it contradicts, he said.