The idea began in Hudson, Wiscousin. The first Little Library was built in memory of school teacher June A. Bol, and the idea soon caught on. These libraries rely on the honour system, and ask you to leave a book and take another.

The project began in 2009 and there are now Little Free Libraries throughout the United States (with the most in Wisconsin), and in Canada, Germany, Ghana and the U.K. Anyone can have their own Little Library, either by purchasing one online, or by making your own. 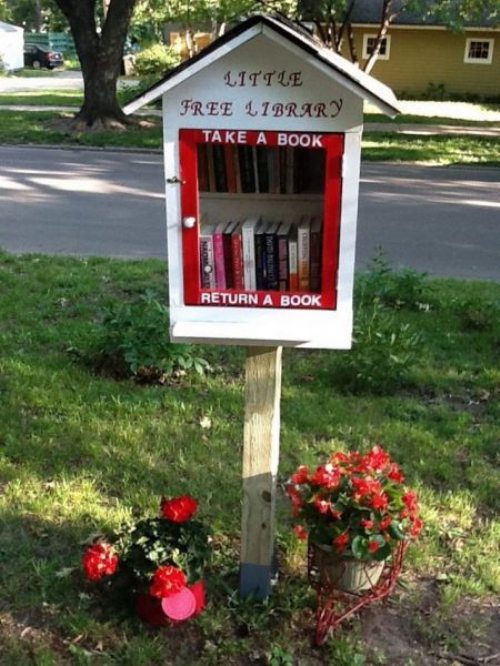