The distinction between “like” and “as though / as if” is both simple and straightforward: 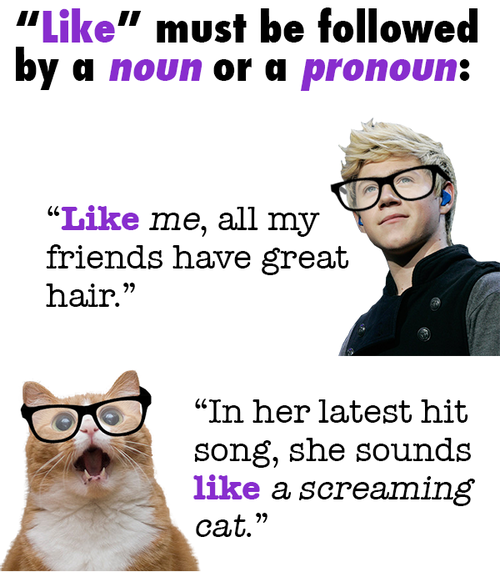 In the first example, “me” is a pronoun. In the second example, “a screaming cat” is a noun.

For all intents and purposes, “as if” and “as though” are interchangeable. Here is how they should be used: 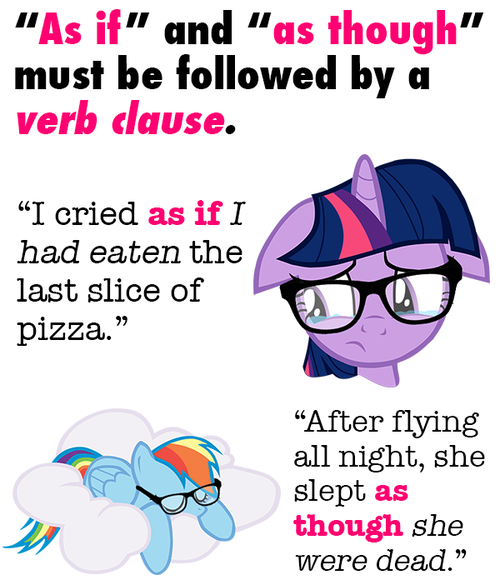 In the above two examples, we find verbs in the phrases “I had eaten” and “she were dead”; therefore, we use “as if” or “as though.”

Here are some more examples: 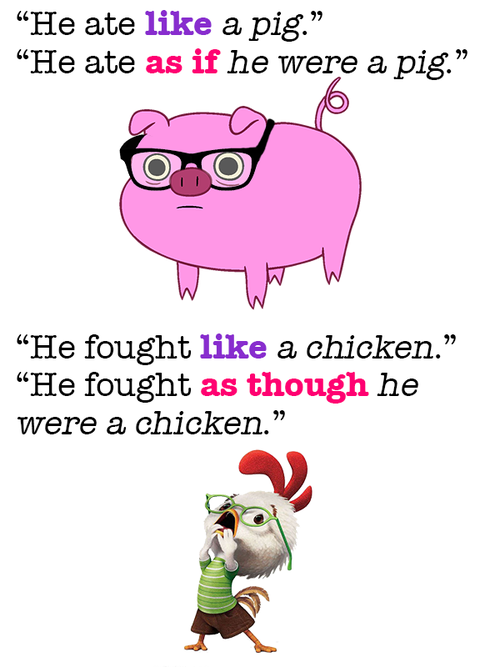 In closing, “like” is often used in place of “as if / as though” in everyday conversation, and only the most ardent Grammar Nazi would correct someone who does so. However, in formal writing and on standardized tests (e.g., the SAT), you will be expected to know when to use which.

Therefore, you might as well master this concept and use the correct terms in your conversations, tweets, and text messages.

By the way this popular expression is grammatically correct: