Long and exotic words (like defenestration or sesquipedalian) are often more fascinating than useful. By comparison, these words can enrich conversations without sounding ridiculous.

Definition: a theory or a group of ideas about how something should be done, made, or thought about

“Pessimists are bemoaning the end of U.S. human spaceflight, but optimists see the next few years as a transition to a new paradigm that will energize commercial ventures and get astronauts beyond Earth orbit for the first time since the Nixon administration.” – Alan Boyle, MSNBC.com, July 13, 2011

Definition: a statement that seems to be contradictory or opposed to common sense yet is perhaps true

“Withhold $800 million in military aid, let it go through, or double it – no matter what Washington does it can’t escape the paradox that [Pakistan] is its most important ally in the war on terror.” – Zachary Fillingham, Geopolitical Monitor, July 11, 2011 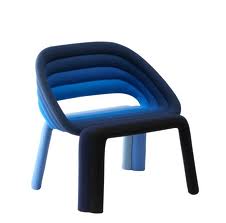 Definition: a very small difference in color, tone, or meaning

“…Research shows that our memory is strongest and lasts the longest when our emotions are heightened. This helps explain why we might remember every nuance of our wedding day or our valedictory speech in college.” – Richard Zwolinski, Blogs.PsychCentral.com, July 11, 2011

Definition: a person whose interest in an art or in an area of knowledge is not very deep or serious

“But compared with Matthew de Abaitua I am a complete dilettante. We camp perhaps once a year, and only in summer, and only in good weather (we cancel if it’s wet).” – Tom Fort, Telegraph.co.uk, June 28, 2011

Definition: luck that takes the form of finding valuable or pleasant things that are not looked for

“If there is one thing social networks and living in public have facilitated, it’s serendipity. Serendipity is a good thing. It’s been well documented that people who talk to strangers tend to be luckier, and this also applies to communicating with our existing networks…” – Kaila Colbin, MediaPost.com, July 15, 2011

Definition: a mild or pleasant word or phrase that is used in place of one that is offensive or unpleasant

Words It Might Replace: alternative, “another way of saying”

“Anyone who’s ever lived in a small apartment building full of quirky (usually a euphemism for ‘extremely irritating’) tenants has probably imagined one of them suddenly found dead or killing somebody else.” – Steve Donoghue, Washington Post, July 8, 2011

Definition: a division into two mutually exclusive or contradictory groups or things

“But ballet, with its built-in dichotomy of gender roles (women alone rise on point, men alone may do the partnering), has a romantic tension that can seem poignant, even tragic.” – Alastair Macaulay, New York Times, July 4, 2011

Definition: a statement that doesn’t logically follow from or is not clearly related to anything said before it (literally, ‘it does not follow’ in Latin)

“‘Russia needs more successful young entrepreneurs, therefore, governors should have more children!’ At first it may seem a non-sequitur. But in Russia the joke is obvious, cutting to the heart of a growing source of discontent among the young: routes to professional success are fewer and fewer, while the offspring of top provincial officials and the like do well.” – Charles Clover, Financial Times.com, July 11, 2011

Definition: a moment in which a person suddenly sees or understands something in a new or very clear way

“Maybe it’s just my country roots or possibly I’ve failed to recognise the changes happening around me, but this week I had an epiphany. Our nation is changing.” – Editorial, TheCourier.com, July 9, 2011

“I thought you were trying to solve the conundrum of how, in spite of our expensive automatic sprinkling system, we still have brown patches in the yard.” – Joe and Linda Skinner, Grand Junction Free Press, July 8, 2011