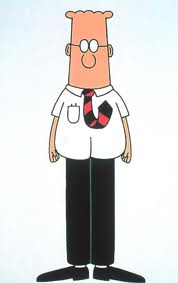 Below is an example of dialogue from a “Wizard of Id” syndicated cartoon strip.

Spook [the prisoner]: Have you ever eaten squid fried?

Spook: How was it?

Turnkey: Better than when I was sober.

The study of linguistics is not a laughing matter — unless you happen to have Stan Dubinsky as your professor. The University of South Carolina linguist has been sharing jokes and puns and cartoons with students for more than 20 years as a way of helping them understand complex concepts about the science of language.

Using cartoons like the one above, which features the ambiguous use of the word “fried” (referring either to Turnkey’s having been drunk or to a way of cooking squid), Dubinsky is able to clearly explain how the structure of a sentence can alter its meaning. Seeing students’ amusement and satisfaction when they get the joke and the concept has kept him clipping cartoons for decades.

Dubinsky is particularly enamored of humor that involves play on words, sounds or grammar. Over the course of years teaching undergraduate linguistics he came to realize that the comic strips and panels he enjoyed so much were a wonderful teaching tool for a subject that he says can “sometimes rival physics or chemistry in detail and difficulty.”

“Cartoons and jokes are very useful as a teaching tool,” Dubinsky said. “Students love it when you present them with something amusing that also illustrates a main point in the lecture. In this respect, language-based humor turns out to be a great way to illustrate difficult-to-grasp linguistic concepts.”

“I became an obsessive cartoon reader,” said Dubinsky. “I perused the cartoon section of The State newspaper every day on the chance that there might be a cartoon I could use. Sometimes I would find two cartoons in a one day or sometimes not find one cartoon in two weeks. Gradually, though, my cartoon collection became enormous, and part of my regular teaching preparation was picking out the comic strips that would work in class.”

Dubinsky said some of his best finds came from the comic strips Shoe, Dilbert, Mother Goose and Grimm, B.C. and, of course, The Wizard of Id.

Cambridge Press thought Dubinsky’s approach to explaining the workings of language through humor was an idea worth sharing. As a result, linguistic students and lovers of language everywhere can benefit from Dubinsky’s favorite cartoons and his humor-inspired teaching techniques, without taking his class.

Much like Dubinsky’s use of cartoons to supplement his lectures, the book provides students with entertaining examples in very plain language to supplement linguistic textbooks. Each chapter begins with an illustrated cartoon and features more than a dozen jokes, many from comic strips. They also use carefully selected bits of humor to explain a particular aspect of linguistics, such that a reader can come out with a fairly comprehensive understanding of the field.